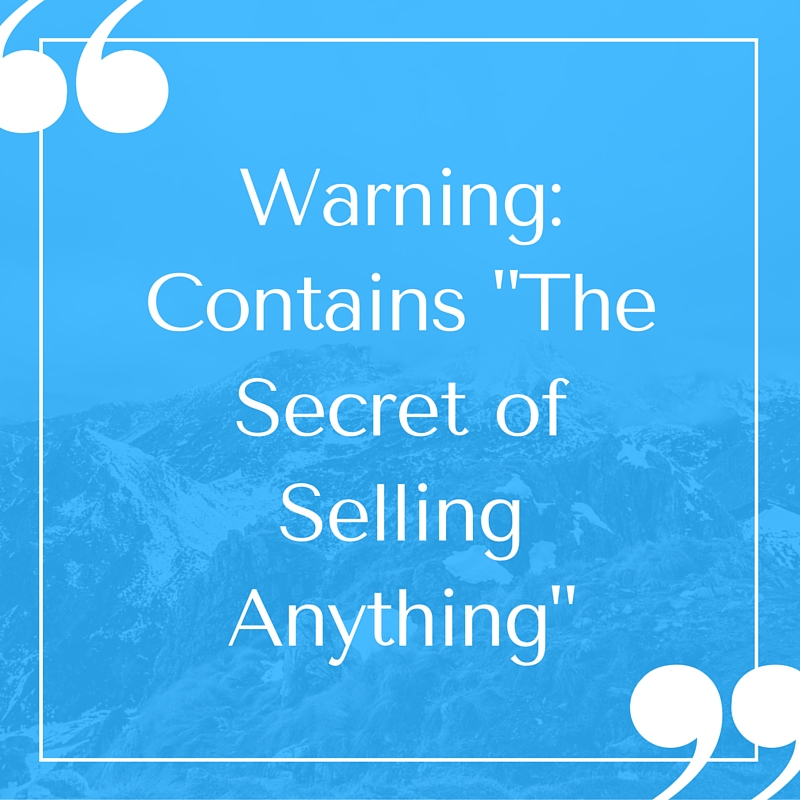 You probably recognise at least one of these two famous quotes from a couple of pretty successful business leaders:

A lot of times, people don’t know what they want until you show it to them.”

…and from a little further back:

If I had asked people what they wanted, they would have said faster horses.”

Great quotes, and often rolled out to counter that over-simplified “the customer is always right” argument.

They even seem to suggest that listening to your market is a dumb idea.

On the surface, at least.

They actually raise a really important point about your marketing, and it’s something a lot of people miss.

They just highlight something a lot of marketers, startups and service providers screw up:

Specifically, what Jobs, Ford and many other (single-syllable or otherwise) ‘gurus’ are warning you against, is the seemingly obvious practice of asking your customers what they want, in order to serve them better.

Does that mean you should stop asking your customers what they want?

Doesn’t that go against the accepted wisdom of market research – that seemingly-essential, zillion-dollar industry that helps us understand our customers and potential customers?

Well, sorta. But not quite…

It’s by asking them what they don’t want.

Here’s the key difference between the two concepts:

Asking “what do you want?” is putting the pressure of creating (or at least, describing) a solution onto the person who has the problem needing fixing.

And of course, they may not be able to fully explain this hypothetical ‘solution’, because they’ve not experienced it yet.

So you’re shooting in the dark…

It’s challenging for you as a product creator and/or marketer to ‘magic up’ something that matches the incomplete description your market research just gave you.

But asking “what do you want to avoid?” gives you something to shoot at…

A problem (or problems) to solve with your product/service, as clearly defined by the person currently experiencing that problem.

So you don’t have to go the whole Henry Ford and stop talking to your customers.

(Or, offering them any colour “as long as it’s black” either.)

Instead, ask them questions… the right questions.

Just don’t ask ’em to tell you what they want.

Here’s how you can use this ‘anti-marketing’ to help grow your biz, sell more stuff and better understand your market:

Focus on existing problems, not an imagined solution

Focusing on the problems your prospect has currently, and asking them about what they already know and understand…

…Instead of forcing them to discuss a solution they don’t yet have, can’t yet feel, or fully recognise…

Has become a huge part of marketing effectively these days.

With an emphasis on asking your customers and prospects what their problems are before you start outlining your solution to those problems, you gain deep insights you’d otherwise miss.

It’s about removing the guesswork, assumption and speculation from your marketing.

The good news is, you can do this at any stage of your business growth

So whether you’re at the product development stage, are already racking up millions in sales, or are right now realising “nuts, didn’t we just send out a survey asking our customers what they want?” – it’s not too late.

Sometimes as biz-owners or employees, we get too close to our products. It’s important not to lose outside perspective.

So, talking with your customers lets you get information directly from them.

And by asking them what they want to avoid…

What they want never to happen to them again…

That’s where the most valuable insights are.

Harry Browne’s influential Mad Men-era classic “The Secret of Selling Anything” is often quoted by copywriting heavyweights like Gary Bencivenga and John Forde – and for good reason.

The book clearly and convincingly presents a no-frills, ethical “road map to success for the salesman who is not aggressive, who is not a ‘smooth talker’ and who is not an extrovert” (the book’s subtitle).

The one rule that sums up the job to be done, the one formula that is fully in harmony with the real world, the secret of success is: Find out what people want and help them get it!

This is the way you separate yourself from the mass of people who just ‘get by.’ This is how you make sure that your services are always in demand. This is how you command a high price in the market­place, by making sure that what you’re offering is what people really want…”

He says “find out what they want” – which doesn’t necessarily mean asking “what do you want?” directly.

Because there are other, more effective questions for uncovering the information you need.

So how do you put the right questions together in the right order, and get the kind of responses you need to move forward?

The simple, un-sexy as hell, but proven way of asking the questions that unlock your market…

It’s a ‘Shiny Object Syndrome’-proof tactic you can use constantly, and implement fairly easily.

What is this incredible weapon of marketing wizardry?

But done right, sending a survey is one of the most powerful and cost-effective ways of improving your marketing.

Now, I said “sending” a survey, but of course you don’t always have to send it.

In digital marketing, getting people to come to your surveys – and actually enjoy filling them out while they’re there – is where the big wins are to be had.

Sure, a lot of companies use surveys… you see them all the time, and you’ve probably filled a few out yourself.

But here’s the thing: most are doing them wrong.

They’re crippling their own business by asking the wrong questions, gathering the wrong information, or misinterpreting that info and heading down a blind alley.

…without making the expensive screw-ups your competition – and countless other businesses – are making right now, and will continue to make?

From corporate behemoths to boxfresh startups and kitchen-table entrepreneurs, the no-longer-so-humble survey is a great way for anyone to understand their market better than ever before.

And if that sounds like something your biz could benefit from…

Then you’ll want to check out the next post in this series which tells you exactly how you can do just that.